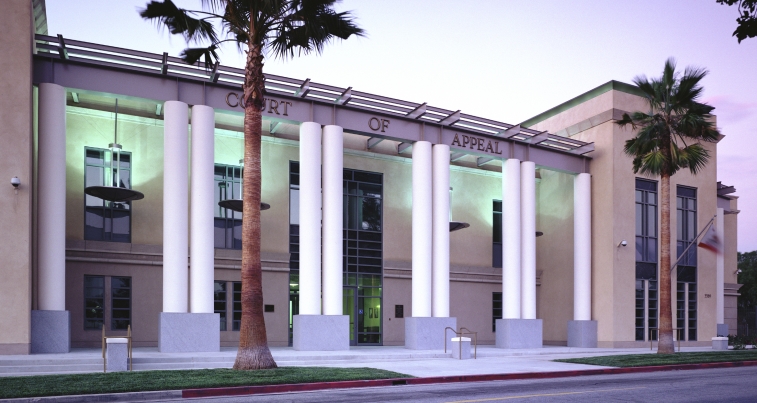 Litigation over billboards in Newberry Springs continues with an appellate hearing that was held on December 2, 2015 before a panel of three judges of the California's 4th District Court of Appeal in Riverside, California.  The hearing took place the same morning as the San Bernardino massacre.

The appeal to the appellate court was initiated after an unusual ruling in June 2013 by San Bernardino Superior Court Judge Brian McCarville against the plaintiffs, who consists of three Newberry Springs property owners and the Coalition To Ban Billboard Blight.

The Superior Court's ruling in 2013 ignored strong federal and state statutes blocking the county's permitting of billboards along portions of Interstates 15 and 40; and the erection of three double-faced billboards along Interstate-15 by General Outdoor Advertising.

The Superior Court further appeared to have shown bias in ruling against the plaintiffs' desired discovery motions, and requests to enter evidence into the record that the county controlled but refused to release.

Alleged corruption by billboard interests has been well documented with General Outdoor Advertising having paid the local county supervisor, Bill Postmos, tens of thousands of dollars, and other benefits.  This appeared to have directly influenced the removal of billboard obstacles, such as the removal of a Scenic Highway designation on Interstate-15; and with the assistance of Postmos' trained replacement, Brad Mitzelfelt, illegal spot zoning solely for billboard placement.

After legal briefs were submitted to the appellate court, the court summoned the parties for a customary oral hearing; scheduled on December 2nd.  The County of San Bernardino, and the billboard party of Tim Lynch of General Outdoor, walked into the appellate courtroom savoring a victory as the appellate court had previously provided an unusual tenative (provisional) ruling.  State appellate courts don't normally provide tenative rulings; however, the Riverside court is experimenting with them.  The tenative fully sided with the county stating that the county had properly executed its comprehensive (spot) zoning.

On the appellants side, Fred Stearn of Newberry Springs entered the courtroom with his attorney, reknown billboard expert Randal R. Morrison of San Diego.  They had been previously assisted with an amicus curiae (friends of the court) brief that was earlier presented to the court by Scenic America based in Flordia.  Scenic America's expert billboard attorney William D. Brinton, a nationally recognized speaker and billboard litigator from Jacksonville, Florida, also attended the appellate hearing and participated in the appellants' presentation before the court.

With the appellants starting first, each side was given 15-minutes.  The appellants reserved 2-minutes for rebuttal.  This was followed by the court asking numerous questions of William Brinton; wherefrom the court repeatedly made statements that, "We're going to scrub the case."  Meaning, that the court had recognized from Brinton's testimony that this case was being carefully watched by billboard interests nationally as to whether a county governmental entity could defeat the federal Highway Beautification Act by simply spot zoning for billboards; and that the court was going to carefully reexamine the facts from the beginning.

The court appeared very impressed with William Brinton's expert testimony.  Brinton's testimony unraveled the court's misunderstanding in its tenative ruling and clarified the application of existing law to the matter.

The court can rule for either side; however, the tenative ruling clearly appears to have been sent to the laundry for a scrubbing.  Based upon the law, the appellants, Fred Stearn and others, now appear to be favored to prevail which will uphold the federal Highway Beautification Act in California state court as the federal government interprets it.