The Volcano House in Newberry Springs, previously donated by Public Broadcast Service celebrity Huell Howser to Chapman University, has been reportedly sold to an undisclosed purchaser for $100,000 above the $650,000 asking price.  The house reportedly sold within 5-days on the market with multiple offers.

Huell Howser is reported to have spent only a couple of nights in the house that is said to have been purchased by the new owner for its uniqueness.  That uniqueness is what is said to have attracted Howser to originally purchase the house that he planned to entertain his West L.A. friends in.  Unfortunately, due to the Volcano House's remote location in the rural desert, the distance proved too far for his friends to travel.

Howser acquired the 2,200 square foot house in September 2004 and it sat unused for nearly 8-years.  Howser employed caretakers who lived in a second house on the 60-acre parcel.  Over the years of Howser's ownership, deferred maintenance caused the exposed wooden roof arches to deteriorate with the first signs of rot.  Howser donated the house to Chapman University in July 2012 and upon the transfer of ownership, the school did renovations.  After the donation, Howser died within six months on January 7, 2013.

The school soon also learned that the property was too distant, and the house's interior too small to serve a practical need.  The lack of Newberry Springs' infrastructure to support students is furthered claimed to have been a concern of the school.

Despite the home itself being an observation deck, the roof has a stairway access to an observation platform that provides an unobstructed view from any direction one turns. 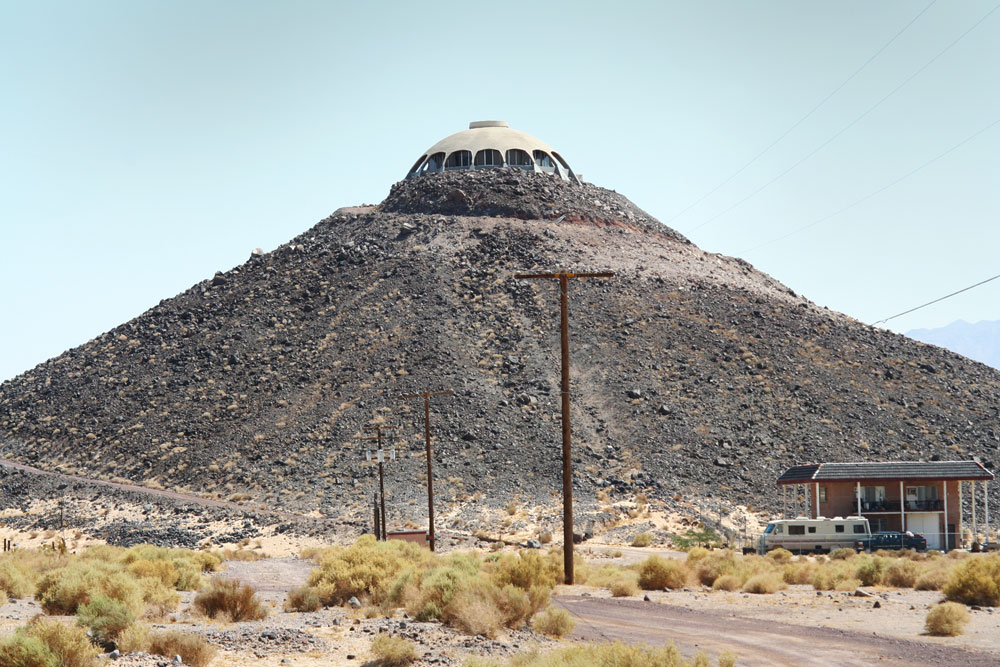 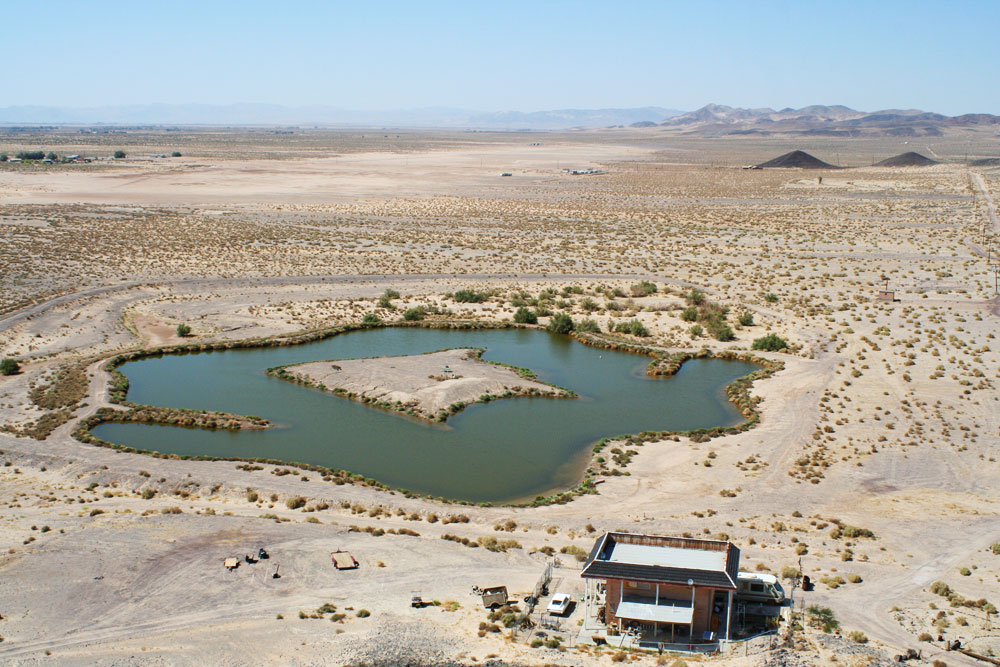 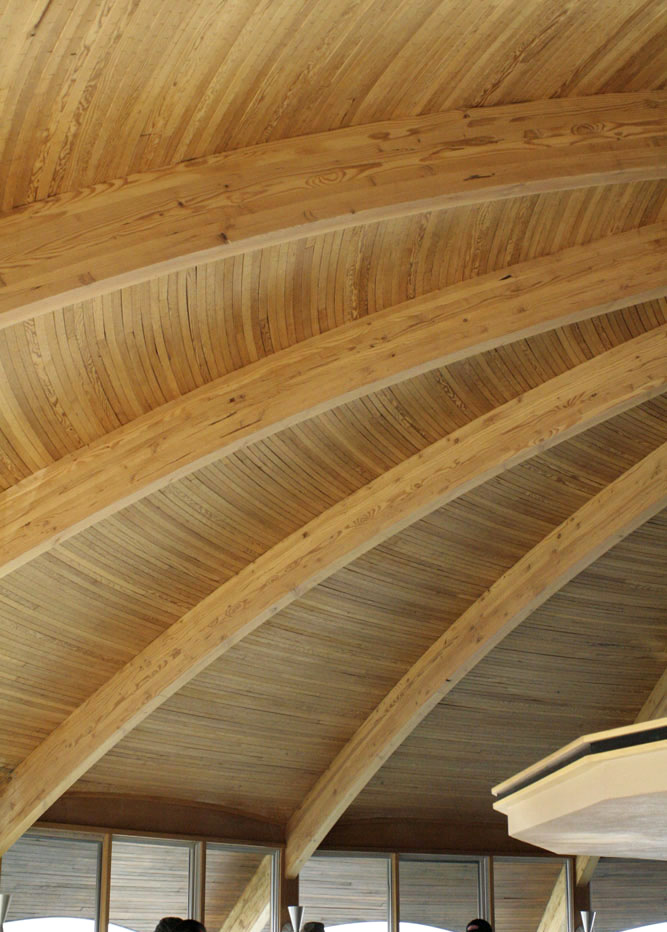 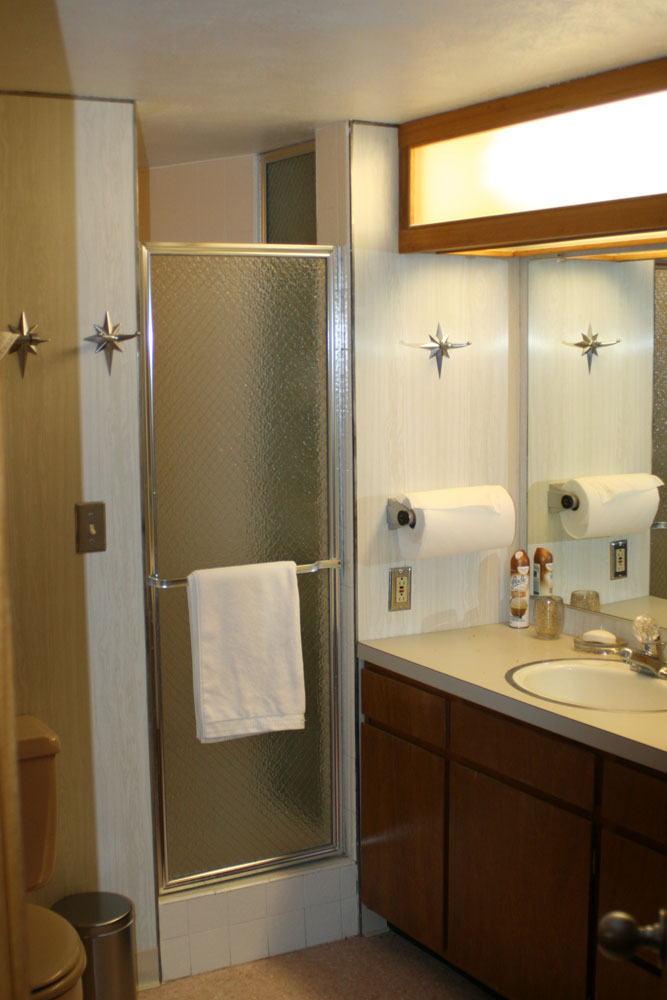 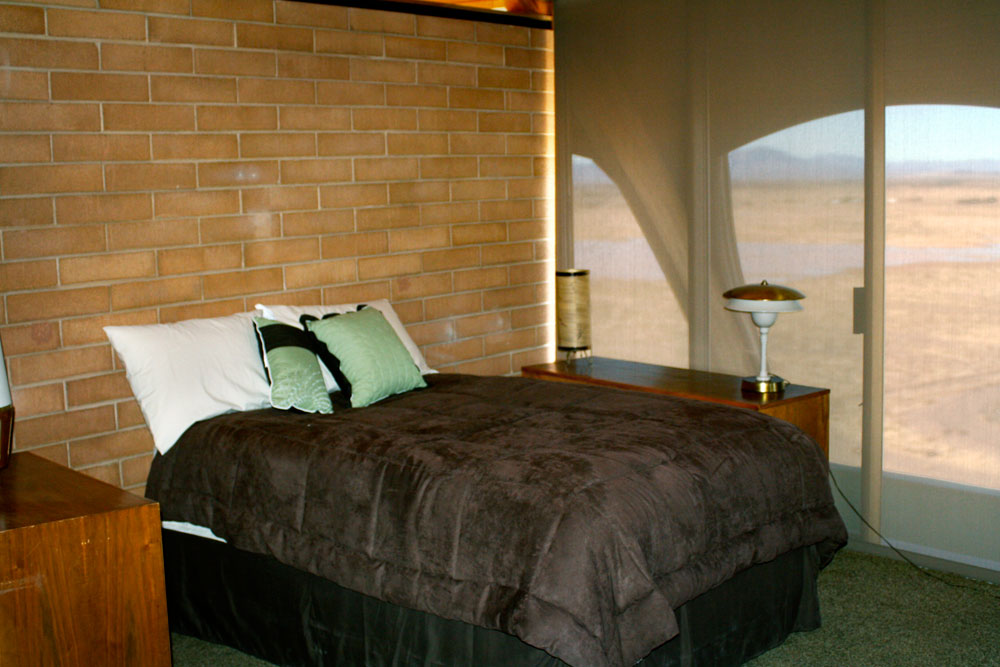 One of two bedrooms in the Volcano House.  Neither of the bedrooms have a private ceiling.  The walls are 8-foot partitions that allow views of the dome's ceiling; but also allows for the open viewing into the rooms from the stairway leading to the roof and prevents noise from being confined. 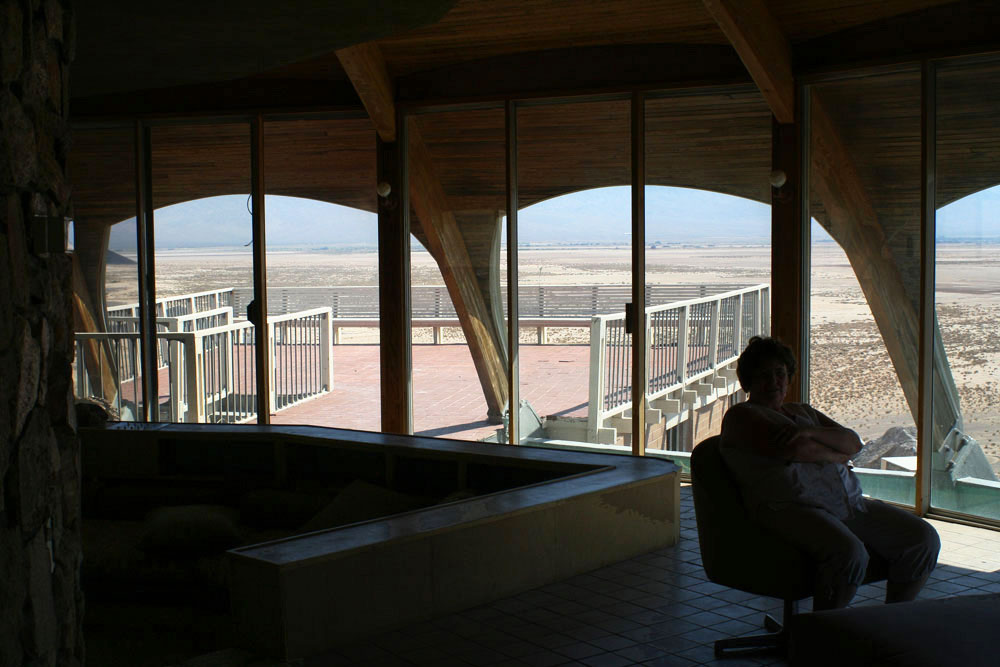 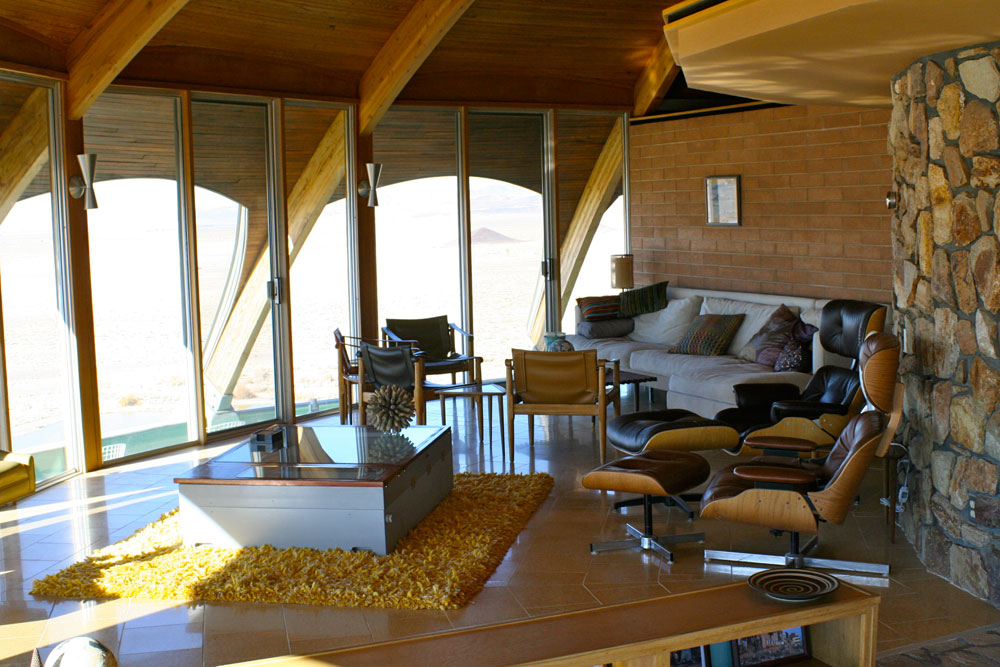 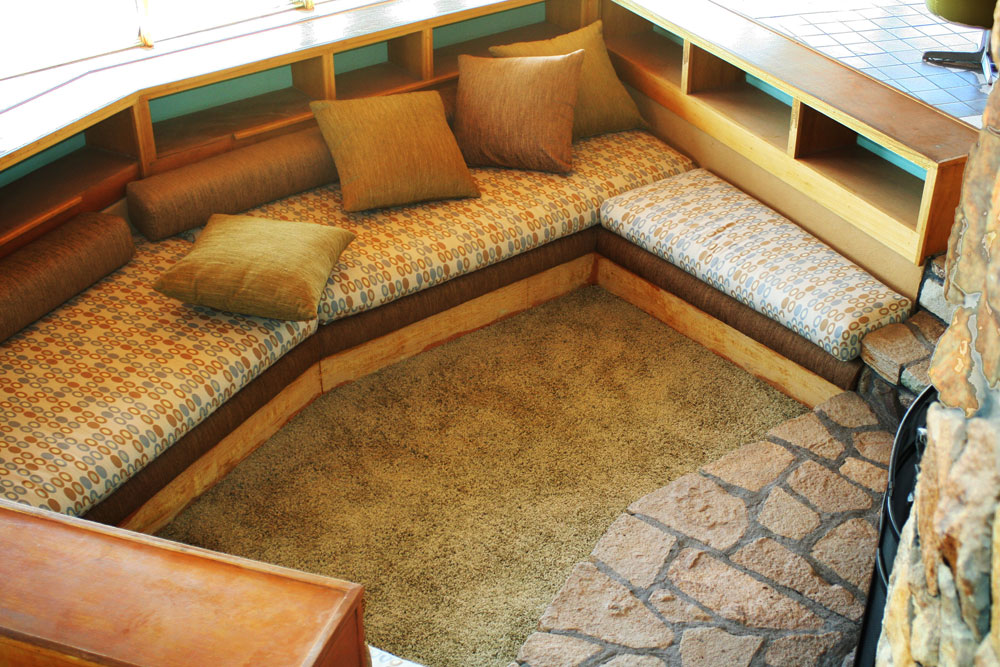 Adjacent the entrance is a sunken fireplace seating area. 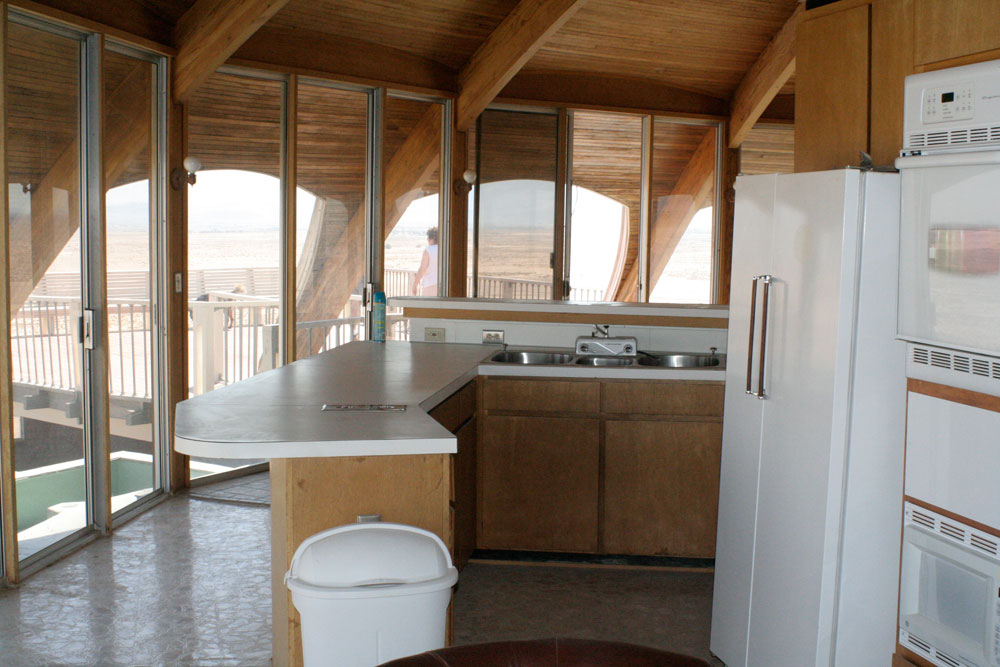 Without a Volcano House lightening rod, earlier air conditioning units have served the purpose, and were fried by lightening strikes from storms passing over the 150-foot high volcano.  These two replacement units are located just west of the carport.  The carport is located under the house's decking that leads to the front door.  The carport's entrance can be partially seen in the kitchen photograph above.